Letter from the Editor – November 2017 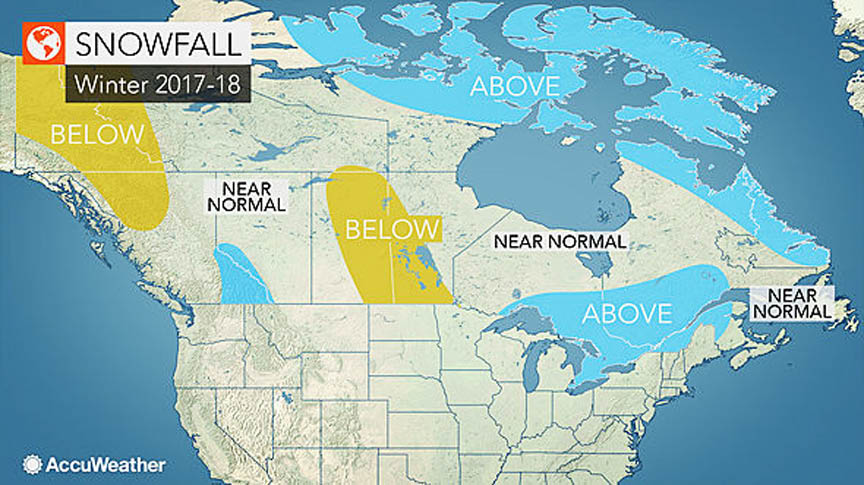 It’s time for my 2018 winter prognostication… In a phrase, ‘LOTS OF SNOW’. That seems to be the consensus across the board. David Phillips, the senior forecaster for Environment Canada, said that with the combination of high water levels coupled with mild fall temperatures, there will be heavy lake effect snowfalls for our region in December and January.

The venerable Old Farmer’s Almanac says this, “Precipitation and snowfall will be above normal in the east and below normal in the west, with the snowiest periods in late November, mid- and late December, and early to mid-March. April and May will be a bit cooler than normal, with near-normal precipitation.” While the upstart Farmer’s Almanac states, “From the Great Lakes going east across Quebec, and into the Maritimes, snowier-than-normal conditions are expected. Winter temps should also be 1–2°C below normal over the eastern two-thirds of the country.”

Our friends at the Weather Network go even further with, “Good ski/snowmobile season is anticipated in the east, especially from January into March due to a higher number of snow storms. However, the winter is not expected to be unusually cold.”

What this means is that our new groomer will be kept very busy, making the trails like a magic carpet for us to enjoy. It also means that it is time to go to our website and register for your 2017/18 membership before the Early Bird Deadline on November 20th. It is easy to find at: http://bruceskiclub.ca/membership/