In early March 2018, eight skiers from the Central Bruce and Owen Sound Special Olympics Nordic Ski teams participated in the Special Olympics Provincial Qualifying race at Arrowhead Provincial Park near Orillia. Skiers Jaqueline Gravel, Katie L’Esperance, Anne Howlett, Jon Wardrop, Matt Poste, and Derek Morton qualified to attend the SO provincial winter games in Sault Ste Marie at the end of January 2019. Mike Bailey also qualified but will be attending the games with his curling team. Athletes will commence their dry land training in October and look forward to on snow training from the first weekend in January.

We are actually two teams. The original team, The Central Bruce “Smooth Gliders” has been coached for ten years by Catherine MacKinnon. This team also included an Owen Sound skier, Jonathan Wardrop. Dianne Speed assisted Catherine with the team but had a desire to start an Owen Sound team. When Anne Howlett became too old for Jackrabbits, she and I started skiing with Dianne and Catherine along with the existing Central Bruce skiers. I originally joined to be Dianne’s assistant coach but got ‘promoted’ to head coach on the second weekend!

The Owen Sound Waxwings has been a team for 2 years now. This will be our first year with a formal “dry land” training season as our provincial qualifiers need to get training for the winter games in Sault Ste Marie at the end of January 2019. This will be a first time at the Provincials for Annie, Derek, Mike, Matt and Katie. Jonathan and Jaqueline have represented Ontario at the Nationals in Cornerbrooke, NL. in 2016, and Jaqueline represented Canada at the SO World winter games in Austria in 2017.

Our teams are happy to welcome new skiers, but because we can only ski with a 3:1 athlete to coach ratio, we are always on the lookout for volunteer coaches and assistants. We encourage elementary school aged children with special needs to try the Jackrabbits program first, as several of our (now adult) skiers have come up through the Jackrabbits program with excellent results. 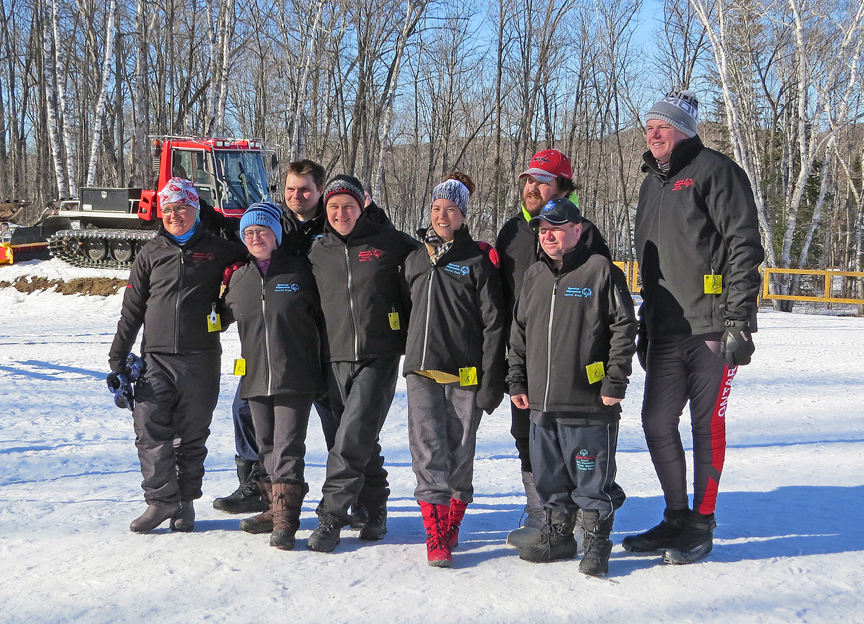