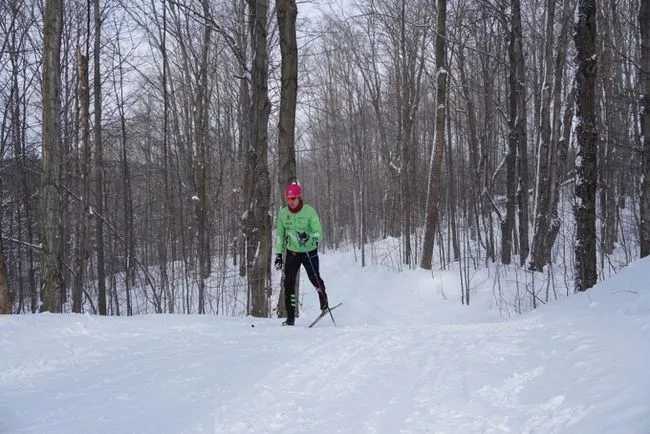 On Friday, February 2nd Julian Smith raced at the Eastern Canadian Championships, which were also part of the USA Super Tour. He was 5th in the 1.4 km sprint qualifier in a time 3:14.37  and placed 6th overall in the A Finals. He was also the top U23 of the day!

Julian Smith raced at a Swiss Cup this past weekend in Klosters, Switzerland. In a field of 83 open men, he placed 6th in a time of 3:31.00 during the 1.4 km classic sprint qualifier. He was the 2nd Canadian. He narrowly missed advancing into the semi finals when he was beaten to the finish line by 1/100 of a second. He finished the day in 13th.

Next weekend he will race in Zweisel, Germany, followed by another weekend of racing in the German Nationals in Oberstdorf, Germany.

On Saturday, February 24th, between 11:30 a.m.- 2:00 pm the Bruce Ski Club will be hosting a fundraiser for Julian at the Sawmill Nordic Centre.  Please see details below.

I encourage everyone to come up and show their support for the great progress Julian has made this season. 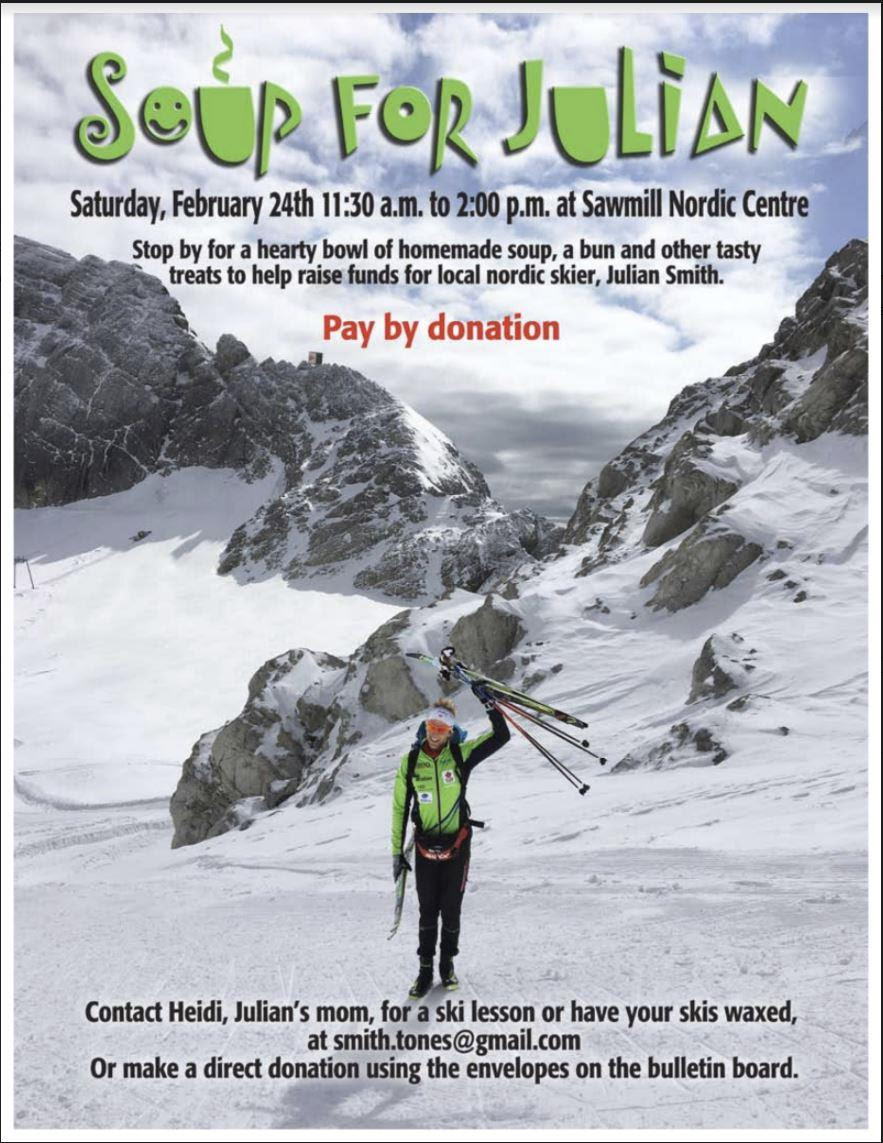